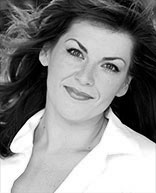 The rootin’ tootin’ Calamity Jane cracks into the Hawth Theatre, Crawley on November 11th. I spoke to the show’s star Jodie Prenger about the tour, her career and what she thinks of celebrity divas.

Calamity Jane has now embarked on it’s tour, we are very excited that you are coming to the Hawth.

“I most surtinly aaam, I jest caint help meself talkin’ like this”.

Could you imagine if I was really like one of those method actresses and the minute I walked through the door I killed some goldrobbers and talked in a South Dakotan drawl. It’d be hilarious.

I expect Calamity Jane is a lot of fun to be in.

It is so much fun. The most brilliant part is being with such great team, Nikolai Foster (Director) Nick Winston (Choreographer) and Cath Jayes (Musical Director) and also a great cast. On top of all that it is a great piece! The nicest thing with Calamity Jane is that it is greatly loved. Once it starts, you immediately feel the audience connect with you, sometimes they even start singing! This is something I haven’t experienced in any show that I have done before, not even Oliver. No-one sang along with ‘As long as he needs me’ or ‘Oom Pah Pah’ at all. It is great!

Were you familiar with Calamity Jane before this?

I grew up listening and loving the music of Calamity Jane. What was a lovely surprise is that we are using 3 or 4 songs that were written for the film but not used and they are brilliant.

The film came before the show and it was written for Doris Day. However what is nice is that it is based on a true life character. When I researched the life of the actual Calamity Jane, apart from being an alcoholic and a smoker I have every trait that she has!

What traits are they?

Feisty yet caring. I had to double check whether I was reading about myself or Calamity Jane. I do come from a long line of feisty women. My Nan was really feisty, game and up there, my Mum was also a force to be reckoned with. Mum is much more of a diva than I am.

It is great to play a part that you already have some traits to start yourself off with.

You had quite an established career in Blackpool though before you shot to fame in BBC’s ‘I’d do anything’.

I used to be the support act for people like Joe Pascale and Jimmy Cricket. I was always working and doing what I loved to do. My one big fear going into Oliver was that I thought that people were going to stick their noses up at me and really not realise that I did try for years and years to get into the West End and never got there.

As my Nan says, “if it is meant for you, it won’t pass you by”, which is why I tell people to always keep trying to obtain your dream.

How do you cope with the fame now? Do people recognise you in the street?

I just don’t see myself as famous. I am just me! Yes, people do stop me and want to have a natter, I think that’s lovely. I love talking to people and am certainly not the sort of person who does outrageous things to get fame and attention.

I don’t ask for white kittens and blue M&Ms in my dressing room, like some other actors do. Some things that happen, you wouldn’t believe!

That isn’t the reason being in this business. Some people think that you can just get up there and be someone, but that’s not want it is all about. You do it because you love doing the job, not because you want the 5 minutes of fame.

Tell me about the tour, it’s a long one isn’t it?

It is, but that’s great, you get to see so many different cities. I really enjoy it. Plus touring at the moment for me is perfect because I haven’t got a roof on my house. I am doing a bit of a Sarah Beany and having the roof all done up so for me a long tour is great.

How long ago did the tour start?

We started with a two month run in Newbury at the Watermill Theatre which is a little bijou, gorgeous theatre, and then we opened in Plymouth. So far we have been performing Calamity Jane for about 2 months and now we are in Bristol.

It is going really well. As I said I have never seen reactions of audiences like this before. In Edinbugh, the audience were doing a hoe-down conga in the aisles. That’s how much people are enjoying it!

What is Calamity Jane’s appeal?

It is a warm story, yet quite raw, it’s a western after all! It has lots of funny moments in it but has a soft side as well, with the relationship between Katie Brown and Danny Gilmartin as well as the one between my character Calamity Jane and Wild Bill Hickok. It has something for everyone and it is a real family show. There are a lot of children coming wearing cowboy hats – they are just adorable. Not many shows are family shows now; they are usually quite age specific.

You cannot beat the old stuff, if it is not broke- don’t fix it.

“I never thought I would be so comfortable in Buckskins and be able to crack my whip.”

In the story there is a love hate relationship between Calamity Jane and Wild Bill Hickok, how are you getting on with Tom Lister?

Calamity Jane and Wild Bill have the kind of up and down relationship that everyone in a relationship has. As for Tom, he is brilliant! Wait until you hear his voice, it is absolutely fantastic. I know he was brilliant in Emmerdale but it was a great waste. I think he has a new phenomenal career ahead of him in musical theatre.

You are at the Hawth in Crawley between the 11th and 15th November but luckily, if people miss that you are back here in the South East at the end of the run in August 2015 at the Assembly Hall Theatre Tunbridge Wells.

Yes we are! I hope everyone comes and wears a cowboy hat.

What’s next for you after the tour?

I find it hard to find out what I am doing next week let alone after the run. There are definitely talks going on but nothing has been confirmed yet.

John Barrowman famously said he wanted to work with you one day.

Funnily enough, technically we have! We have toured twice together. Who knows maybe one day he’ll play opposite me as my leading man.

You’ve acted, been in comedies, TV soaps and musicals, you have presented TV programmes, written an autobiography, the list is endless, what would you like to do next?

Yes that’s me – Jack of all trades and master of none! I will try anything. As long as I can buy my dogs their favourite chew sticks that’s fine.

Jodie Prenger was a delight to talk to. She is down to earth, seems very genuine and lots of fun. I shall look forward to seeing her at the Hawth, Crawley in Calamity Jane. Yeehaa!

Calamity Jane is at the Hawth:

Calamity Jane can outrun and outshoot any man in Deadwood. Hard, boastful and desperate to impress, she travels to Chicago on the Deadwood Stage to recruit a star, Adelaid Adams. But things don’t go too smoothly for Calamity, as everyone in town favours the new girl and she struggles to keep her jealousy and pride in check. It takes her long standing enemy Wild Bill Hickok to make her see sense, and realise her Secret Love…

With an Oscar nominated score that includes The Black Hills of Dakota, The Deadwood Stage (Whip-Crack-Away), Just Blew in from the Windy City and the Award winning song Secret Love, don’t miss this new production that blows into your city for one week only. 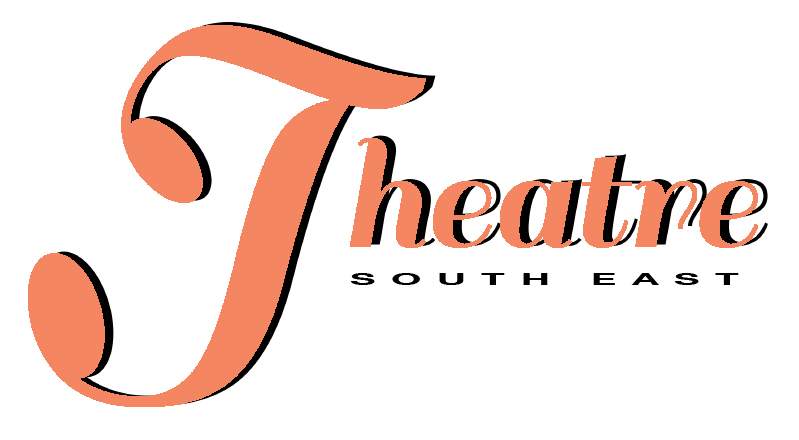